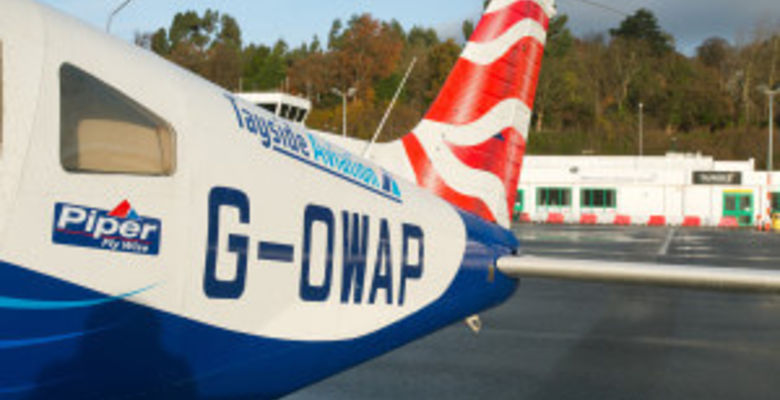 Tayside Aviation has proudly delivered the RAF Air Cadet Pilot Scheme for over 29 years, and is the only school in the UK to be entrusted by the RAF to deliver quality training that meets its rigorous standards.

Last night (27th October) Tayside Aviation’s commitment and achievement of excellence was recognised by The Honourable Company of Air Pilots at a lavish ceremony at the Guild Hall, London. HRH The Duke of Edinburgh presented the award to Managing Director Jim Watt. Astronaut Major Tim Peak was also honored at the event and was presented the Masters Medal.

The Royal Air Force Central Flying School Trophy is the highest honour a flight training facility can receive and is presented to “an individual or organisation that has made an outstanding contribution toward the achievement of excellence in the delivery of flying training or instructional standards”.

Commenting on the award, Jim Watt, Managing Director at Tayside Aviation said: “We are delighted to receive this prestigious award - and this year in particular as 2016 marks the 75th anniversary of the Air Cadet organisation. We’ve been delivering the Air Cadet Flying Scholarship continuously for the past 29 years, our long association is testament to the exceptional standards achieved and maintained at our Dundee base.

“To achieve this level of recognition is very much a team effort and this honour is for each and every employee of Tayside Aviation, and in particular, our first class dedicated instructors.”